The answer to learning maths is fun... Playing games, using concrete equipment, solving puzzles and playing with shapes and numbers. If it is fun then children will want to come back to play with numbers, and they won't even know their learning.

For the very young why not use Number Books

There are lots of number books you can share with your child. You could even make your own number scrapbook at home. Just take some photos when your out and about of a bus, door numbers, number plates etc. You will be surprised by just how many numbers are out there that as adults we just don't notice.

Number books give your child the chance to count the pictures of things, talk about numbers and say what the numbers are.

When looking at number books count the pictures on each page - look at the number and show your child how the number shows how many objects there are. Count the objects on the page in a different order to show how you still end up with the same amount.

Trace over the numbers with your finger and help your child do the same.

You can say the numbers and your child will copy you. You can stop counting sometimes and see if your child can carry on from where you stopped.

What your child will be learning

Or why not try some of these fun maths games

Write numbers 1 to 10 on a 2 pieces of paper or card. Cut the numbers out. One person puts their numbers face down while the other person lays out the numbers in front of them. The player with the numbers hidden picks one number from their pile. The other player must find the number that goes with it to make ten as quick as they can.

What You Do: 1. Remind your child of addition facts to 10.

2. Give your child the die. The die should be rolled 10 times. Every time the number needs to be written down in a vertical column. You will end up with a nice column of 10 different numbers.

4. Continue practicing mental math in this way. Make it fun and competitive by timing how long he/she takes to add the list mentally.

Use playing cards with the picture cards removed. Share the cards out. Each player turns over a card and puts it in front of them. When any of the cards are the same the person that calls out snap first takes the cards and adds them to their pile.

Use a bingo card for each player. Draw grids with 6 - 8 boxes on each. Write numbers in each square. Write numbers 1 to 9 on small pieces of paper and put them in a bag.

The caller pulls a number out of the bag, one at a time and calls out the number

The first player to cover all their numbers calls out BINGO

What You Need: 1 mirror -  paper -  pencil  - counters or small objects

2. Ask what double that number will be.

3. Use the mirror to show double the number of counters. Count the image and the counters and record what you have found.

4. Continue with more numbers and finding the double by using the mirror.

Go-Moku is a multi-player game similar to Tic-Tac-Toe. It originated in China and was believed to have been played as far back as 700 AD. Early five-in-a-row type games were mentioned in Chinese writings dating back as far as 100 AD and may be early versions of the game as we know it today.

You Need: Graph paper and pen or pencils

Object of the Game Be the first player to get five in a row horizontally, vertically, or diagonally.

Playing Go-Moku Players take turns each marking one square with their symbol, typically X and O, but other symbols can be used.

Winning the Game The first player to get five of their marks in a straight row horizontally, vertically, or diagonally is the winner.

You Need: Deck of cards, paper and pencil

What You Do: Give each player paper and a pencil. Each player should draw three to five blank lines on his piece of paper, representing each of the values from the hundreds up to the ten thousands place.

You need to make sure each player has the same amount of lines so if your child is not comfortable with numbers greater than hundreds then only draw 3 lines, and then you can gradually work your way up to ten thousand place. (five lines) Assuming you'd like to start with values up to the ten thousands place, though, here's how it would look: PLAYER 1  ___  ___  ___  ___  ___

Spend a few minutes sorting through the deck of cards. Remove any face cards and jokers. Using only the number cards and aces (which in this game, count as ones), shuffle the deck and turn all the cards face down in a pile. Take turns drawing cards from the pile. Each time a player gets a new number, she should write it in one of her digit positions. The goal is to make the five-digit number as big as possible.  Continue drawing cards until all five place values have been filled in. Then, have each player read her number Aloud. The winner of the game is the player who creates the largest number. After your child has reached a point of comfort and confidence, discuss game strategy. What place value position is the most critical in creating the largest (or smallest) number? Which are the best numbers to record in the ten thousands place? In the ones place? Want to shake it up?

Try using extra digits—go to six, seven, eight, or even nine places Change the objective of the game so the goal is to create the smallest number Include the joker cards to represent “0,” or make them Wild Cards so, if drawn, players can determine their value.

You Need: Deck of cards with jokers and face cards removed

What You Do: Ask your child to shuffle the deck of cards. Let her know that for the purposes of the game aces = 1. Have her deal 9 cards face up in a 3 x 3 square. The remaining deck should be face down on the table. Look for any combinations of cards that add up to 11. If you find two cards that total 11 remove them and replace them with new cards. Continue until all cards are used. If there aren't any cards that create 11, take all 9 cards and shuffle them back into the deck. Then, lay out a new group of 9 cards. Try the same game creating sums of 10 or 12. Try assigning numbers to the face cards and include them in later rounds. 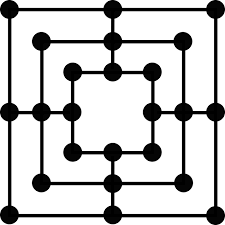 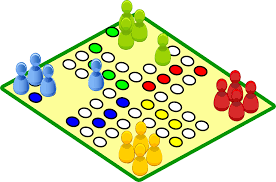 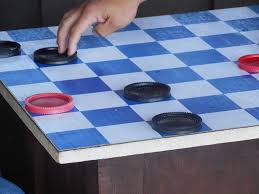 Learning from the beginning...